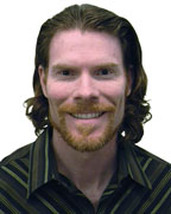 After graduating from BYU with a BA in Communications, Kevin worked 3 part-time jobs, while maintaining his full-time position at Salt Lake-based Politis Communications, a tech-focused PR firm. At 3 in the morning, he delivered produce part-time for a local produce company.

Alone on the street, Kevin routinely ran into a venders for a pick-up, leaving his diesel running outside. One morning, after emerging with a head of cabbage in each hand, Kevin saw his truck driving away. He instinctively dropped the produce on the pavement and took off after the grinding truck, as the cabbage heads rolled into the street after him.

Saying a prayer of thanks for his high school track coach, Kevin caught up to the truck, hopped up on the passenger side step and started banging on the window, yelling, “PULL OVER!” After half a city block, the man inside slammed on the brakes and timidly unlocked the passenger door. Kevin leaped into the cab, while the unwelcome guest tried to exit, and in a not-so-polite-don’t-ruin-my-day tone, said--

When asked what he would have done had the man pulled a gun, or kept driving, Kevin firmly replies,

“I’d have dodged the bullet, broken the window and thrown him to the street.”

Crazy, or confident? This attitude has carried Kevin through a successful 13-year career as a marketing and business consultant, who started his own practice at age 27.

The lessons learned below, from being a produce driver, have helped him in his marketing and business development role with many satisfied clients:

3--  Be prepared to dodge bullets and hang on for the ride of your life.

Kevin has been the driving force behind several start-up companies including Restored Balance, an organic skincare and wellness company who's been featured on a multi-million viewer Amazon prime reality show. While working with Restored Balance, he re-branded the company, wrote the business plan, crafted the proforma, tooled all investor presentation, built, and rebuilt the website with all content and graphic assets, wrote all the agreements, and continues to help this thriving business.

Jumbo Bright Prompters, who launched in 2008 before the recession, employed Kevin as their Director of Marketing and Communications. The tech company focused on live events… the first industry to take a hit during the recession. Against economic odds, he helped lift production as they doubled revenues each of the next three years.

He continues to work on a consulting basis with each of these companies.