The Background
Cold Case Foundation, (CCF) was a pro-bono project for a non-profit organization comprised of former FBI profilers who help solve cold cases across the country. It is the ultimate resource for homicide, missing person, unidentified bodies and rape/sexual assault cold cases with serial characteristics.

The Challenge
The challenge was to create a brand that spoke to the three unique target markets we identified: Law Enforcement, Victims/Victim Advocates and Donors. Each have very unique hot buttons; however, they were distilled down to three main overlapping desires: Justified Results; Dynamic Engagement and Legacy Transformation— which we further condensed to HOPE. EMPOWER. JUSTICE.

The Brand
This brand speaks to each of the principle influentials with whom CCF needed to connect on a personal and professional level. It exudes protection and evokes a sense of justice as the Latin tag line Finem Exitus, meaning "Case Closed"... literally translated, "Final Exit."

DESIGN NOTE:   More than 178 designs were iterated from designers worldwide
Behind the Brand
I created a Brand Map that shows all the symbolism, both hidden and overt. More than anything, the branding process galvanized the management team and gave them a crystal-clear focus and direction for the organization. Every time they see the brand mark, they are reminded of the process that created their world-class brand. 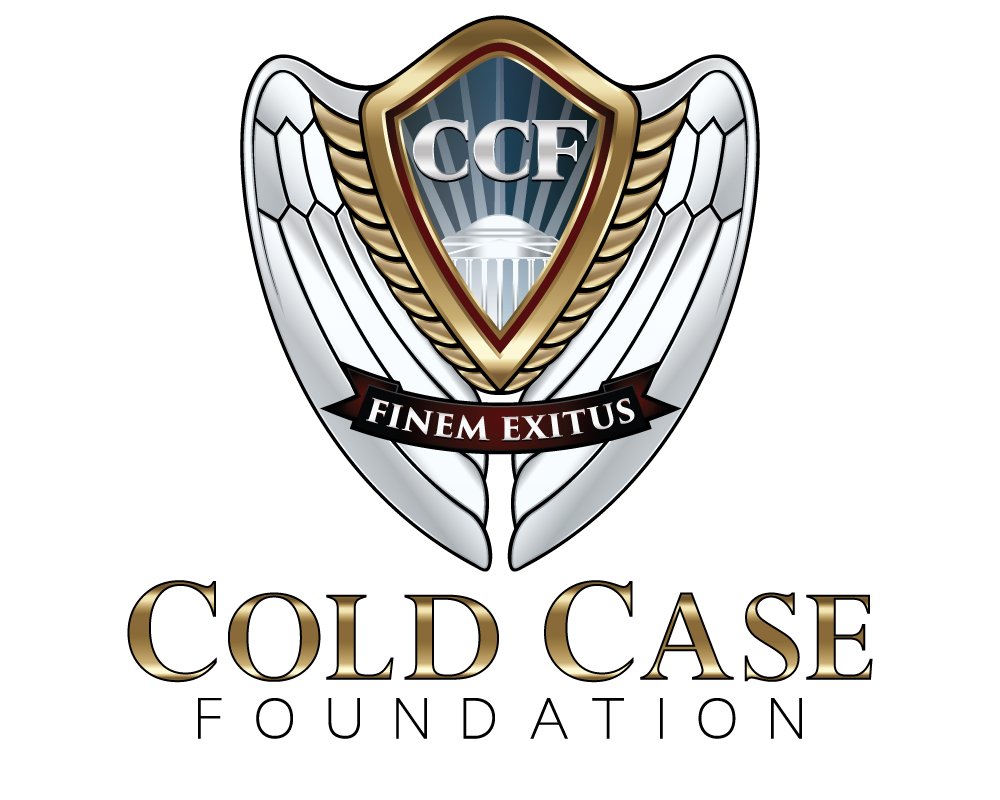 Brand Extension
The ability to “Expand the Brand” is key to having a consistent fluid message throughout every piece of communication collateral. The “CCF Donor Folder” is one example of Brand Expansion that is used to present the Cold Case Foundation and position its importance in the minds of potential donors.

The “Case Study EXAMPLE” of Jane Walton, contained in the folder, was an actual cold case solved by one of the board members, Mike King… she happens to be his great, great grandmother. After she endured the risk and rigors of a pioneer trek across the country, Jane was murdered after settling in Salt Lake City.
NOTE:   CLICK ON THE THUMBNAIL BELOW TO SEE THE FULL DONOR
Comms & Collateral
Following the branding process, all communications were strategically written to directly tie back to each of the three hot buttons from each of the target markets.

All written content and some graphic elements on the website were created by SilverTalon Consulting. The layout and navigability was especially key in catering to the needs of each target markets. Resources, such as a suicide prevention page, were also identified and added so victims and advocates could return to the site for helpful material.
​
We also developed and produced some of the videos contained on the website. Working with remote videographer teams, we arranged an interview with John Douglas, the Chairman of the CCF Board, and father of criminal profiling. All donation levels, and incentive packages were also created by STC. ​​

​Highlights
Cold Case Foundation was given favorable accolades by the Utah Attorney General’s Office: “He is encouraged by the mission of the Cold Case Foundation and hopes to collaborate in ways that lead to resolution for individuals and families who have lived under the distress of uncertainty.”